England are still naive and my predictions for the Sweden match..

Tuesday night proved many things about this England team under Southgate. Firstly, that we can use some of the dark arts. For example, when Henderson’s theatrics gave Barillos a yellow card ( although it should have been a red), and when Harry Kane got into a position that would ensure he would earn a penalty. One could even protest that Kyle Walker’s position is in jeopardy after another inadequate performance. However, what the Colombia match really proved was how naive we are after having the victory torn away from us in the dying moments by a man who has already scored twice this tournament in similar fashion. Southgate is envied for his “leave no stone unturned” attitude so surely must have done his homework on

Colombia’s set pieces and the 6’4 centre back, but he pealed off Maguire like a greasy onion and powered a header into the ground which looped over Trippier. In all fairness, England had defended well up to this point, making sure that the likes of Quintero and Falcao remained quiet. Although, we lacked ideas in attack and it ended up as a tedious 90 minutes. That was until the Colombia goal, which proved to be a sucker punch to Southgate’s men as it clearly unsettled them. Come extra time, the Colombians were the only team who looked dangerous and it seemed that we were drowning in the noise and excitement of the Colombia fans. Beforehand we had comfortably been the better team, but we lost momentum and we could have been punished, had we faced a more clinical opposition. The best teams do not lose their nerves in the decisive moments, and, more importantly, when their backs are against the wall they manage to find a way to pull through. For example, take the France vs Uruguay match. The Uruguayans were all over France like a rash and it took a clever stutter from Griezmann and bang. They were back on top. England need to learn from this when they face trickier opposition as they progress further into the tournament. So, is it really coming home?

On to the Sweden match. Since the departure of Zlatan Ibrahimovic, Sweden look a changed team. It has brought a fresh sense of unity to the team and they are prepared to fight for each other now the limelight isn’t just on one man. Although it must be said, they could certainly have use 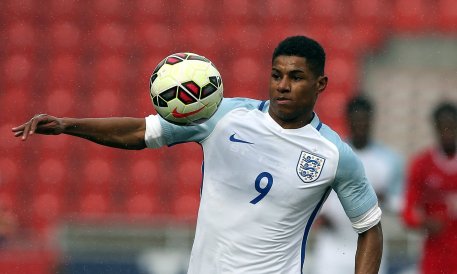 d his finishing against Switzerland. They had copious amounts of chances and only managed to find the net with one, which ended up as the decisive one. Although many chances were created they were not creative. Sweden play a compact 4-4-2 formation and play very one dimensionally, they often lump the ball upfield to Toivonen and Berg and play from there. Their only player might pose a threat to the English defence is Emil Forsberg, but he has disappointed so far this tournament. Sweden’s greatest asset,though, is their superb work-rate and ability to keep clean sheets. They have only conceded 1 goal in 2018 and have kept 5 clean sheets in their past 6 matches. At the heart of their defence is experienced Andreas Granqvist who also poses a threat at set pieces. With Victor Lindelof partnering him, it is a slow defence so Ashford and Sterling could be key. Heading into the world cup as the 24th ranked team, nobody has expected them to make it this far. So, as Emil Forsberg said “all the pressure is on England”. My prediction?. A mundane 1-0 win with Rashford to clinch it injury time.